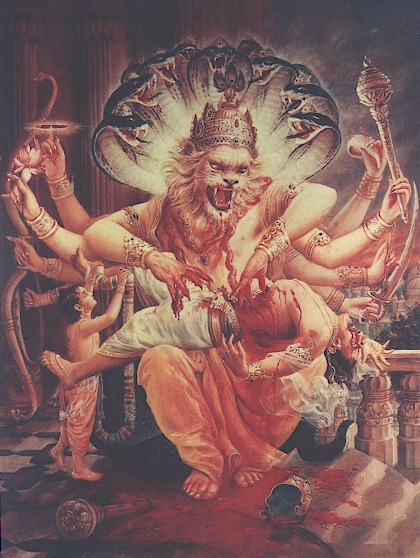 The name ‘ Indian ‘ is related to the great river SINDHU which is also known as Indus. In 1492, Christopher Columbus sailed westwards towards setting sun to reach the shores of India. He had discovered people living on islands whom he had mistakenly named as Indians. Apart from those island dwellers, the natives of the entire American continent, the so-called ‘ NEW WORLD ‘, were named Indians. In spite of concerted efforts to rename them as ” Native Americans “, the name Indian is still in use.  Name is a very important tool to describe personal identity. The word name as a noun, describes a person, place or thing. It is also a word or words by which an object of thought is known. Indians did not choose the name India or Indian. However, the people of our Land of BHARAT, are extremely fond of choosing names. This fondness for selecting, using and remembering names is an important Cultural attribute which defines our identity.

THE TRADITION OF GIVING NAMES :

The name ” RUDRA ” is one of the earliest names known to humanity. According to legend, the Vedic God Rudra acquired His name from His Creator Brahma. As per the story, a boy was seen ‘crying’ and ‘wandering’. The father had asked the boy the reason for his ‘howling’. The boy had answered that he was ‘weeping’ for he was not given a name. So, the father created a name by bringing together two Sanskrit words which mean ‘crying’ and ‘wandering’. Thus the name Rudra was born. This legend is an example of our emotional dependence upon the need for names. The major Deities such as VISHNU and SHIVA that Indians worship are known by thousands of names and remembering those names is deemed as an act of devoted worship. The use of these names is a fundamental right and I understand the term religious freedom in the context of my freedom to choose the name that I would worship. The religious experience that I had gained while growing up in India relates to the use of names as an act of worship. Worship would have no meaning or purpose and would not give me a sense of direction if I do not remember the beautiful names that I have come to know.

My personal name is very much a part of my personal story. The name is chosen entirely due to the circumstances of my birth and I remain connected to the persons and the places for the rest of my life. I describe MYLAPORE of MADRAS city(CHENNAI) as my birth place and I describe RAJAHMUNDRY of East Godavari District as my native place. My mother had given birth to me at my maternal grandfather’s residence on KUTCHERY road in Mylapore. I spent the years of my early childhood at my paternal grandfather’s mansion in INNISPETA of Rajahmundry. As per the traditional belief and the practice of Vedic Astrology known as ‘ JYOTISH ‘(Science of Light),  my birth star predicted and warned about some forthcoming inauspicious events. The astrological calculations suggested that remedial action is needed to counter the negative aspects of the birth star. Accordingly, my father had performed a ritualistic worship popularly known as ” RUDRA ABHISHEKAM ” and worshiped SHIVA at the beautiful KAPALEESWARAR temple of Mylapore. To ensure that I would always enjoy the blessings from SHIVA, my father had decided to name me as RUDRA. Hence,this name of Rudra instantly connects me to my birth place of Mylapore and to KAPALEESWARAR as my personal protector. The birth star also had forewarned about consequences that would impact my paternal grandfather. There was no easy escape from the influences and the second part of my personal name was carefully chosen to please my paternal grandmother, Srimati. Lakshmi Narasamma. Because of the gender variation, the name Narasamma had become Narasimham. This name immediately connects me to the ” LAWS OF KARMA “. These names are well-known and particularly in the southern States of India, the name Narasimham or variations of that name are frequently used. As long as I remain a conscious entity, my grandparents live in my consciousness. Astrology or Jyotish may not be a perfect Science. Horoscopes may not predict the future course of events in a person’s life. I exist in this world and I am known by a name which was specifically selected for me because of the predictions cast by my horoscope and the prediction came true and  I find enough justification for this Indian Cultural Tradition called Jyotish.

A UNIQUE NAME AND A UNIQUE PERSPECTIVE :

In 1965, I had joined Kurnool Medical College after I had obtained a Bachelor of Science degree from Osmania University, Hyderabad. A batch of students were directly admitted into the second year of the medical education program that awards the M.B.B.S degree. Professor Rama Murthy of the Anatomy Department was very fond of knowing and recognizing each of his students by their personal names. On the first day of our Anatomy class, the attendance register was not ready and Professor Rama Murthy had decided to call out names from the list of selected candidates. He had very solemnly announced to the class that he had to begin with a very angry and fiery name. We were intently listening to know what that name could be. Apparently, the list of selected students was prepared according to merit and my name was placed at the top of the list. He called my name and expressed his sense of disbelief. He had asked me to verify my name and told the class that it was the first time in his life that he encountered a person with the personal name of Rudra Narasimham. His statement appears to be right and I have not known any other person who may have the same name. It is one of its own kind and is unique and special.

The name Rudra is related to SHIVA who is recognized as the God of Learning. Shiva is like Socrates. Socrates of 5th century B.C. is claimed to be the father of western thought. He had implored people to “know thy self”. Socrates had stated that the ‘ unexamined life is not worth living ‘. Shiva guides me to reflect upon life. Shiva encourages introspection, reflecting upon your own mind and thoughts. Shiva defines that the purpose of learning is to acquire the ability to think for oneself. The name Narasimham represents to me a person who defends the right to choose the name for my worship. The story about  PRAHLADA represents the Cultural importance attached to personal choice in matters of religious worship. Names of persons, places and the legends form a part of Cultural legacy of our Land and define Indian Identity.