SPIRITUALITY SCIENCE-FREE WILL vs PREDESTINATION

I am sharing the film review of Indian Movie ‘Anuradha'(1960) to comment upon the concepts of ‘Free Will’ and ‘Predestination’. In my view, the man has no ‘Free Will’ to define his “Essence” for his “Existence” is always conditioned by predetermined external circumstances upon which the man has no control even by changing the place of residence or place of work.

Anuradha (1960) was produced and directed by the prolific Hrishikesh Mukherjee. The film had Balraj Sahni and Leela Naidu in lead roles, along with Nasir Hussain, Asit Sen, Mukri, Hari Shivdasani, Abhi Bhattacharya, David and Ranu Mukherjee. Leela Naidu had won the Miss India title and had been offered this eponymous role by Mukherjee.

The film’s music was composed by Pandit Ravi Shankar, who rarely composed music for Bollywood films. The film was based on a story by Sachin Bhowmick that was published in the Bengali magazine Desh. The film went on to win the National Film Award for Best Feature Film and was nominated for the Golden Bear at the 11th Berlin International Film Festival in 1961.

A noted radio singer and dancer Anuradha Roy (Leela Naidu) falls in love with an idealistic doctor, Dr. Nirmal Chowdhary (Balraj Sahni). Her father is against this relationship as he feels that there is a wide gap between his status as a wealthy man and that of the doctor of humble origins and meager means.

Dr. Nirmal was her brother Ashim’s friend. They had met in a saree store. When Anu sprains her ankle after a performance, Dr. Nirmal treats her. Her father Brijeshwar Prasad Roy (Hari Shivdasani) is biased against Dr. Nirmal but his family doctor assures him that Dr. Nirmal is competent. So enchanted is Anu with her lover that she is willing to give up everything for him.

Anu decides to marry Dr. Nirmal against her father’s will. Nirmal’s mother had died without adequate medical help. Since then he has this burning desire to serve the rural poor so that no one meets his mother’s fate. He decides to serve the poor in a distant village called Nandagaon. He cautions Anu about the life of hardship that she would have to endure with him.

But Anu decides to throw caution to the winds. She marries him and follows him to the village. Her father had plans to get her married to the London-returned Deepak (Abhi Bhattacharya). Deepak is magnanimous when he comes to know of Anu’s love with Dr. Nirmal. He promises to help her in the future in case she needs any help.

After her marriage, Anu is blessed with a daughter. But soon life becomes monotonous and humdrum. Anu gets busy with the household chores and quits singing. Ten years later, Anuradha is a homebody with a life characterized by drudgery. Her husband is forever preoccupied with his patients. He has little time for his wife. He forgets to take her to the village festival she had been excitedly looking forward to. After many years, her father visits her and requests her to relocate to the city. He is unable to see his daughter in financial distress. But Dr. Nirmal refuses the offer.

Deepak meets with an accident while traveling with his girlfriend. Dr. Nirmal successfully operates on his girlfriend and Deepak lands up in Dr. Nirmal’s home where he is tended by Anu with lots of care and affection. He realizes the hardships the once-rich girl has to endure in a remote village. He suggests that she leave Nirmal and move to the city to lead a life of luxury and comfort. Dr. Nirmal agrees to this proposal. Maybe Anu can start her singing career all over again. So what decision does Anuradha take? Does she leave her husband and go out in pursuit of a singing career that can give her name, fame, and prosperity? Or is she satisfied leading the life of a homemaker?

“Haye re wo din’ was based on raga Janasammohini – a variant of the more common Kalawati. Anuradha is a film about the common man and the problems that he faces in his day-to-day life. Here the spotlight is on the housewife. The story of a young woman who gives up her dreams to be with the love of her life is not a common script in Bollywood. Similar themes resonated in films like Abhinetri (Hema Malini & Shashi Kapoor) and Anubhav (Sanjeev Kumar & Tanuja) but the treatment was completely different.

Characters like the man who falls sick thinking about his wife (Mukri) or the man on a diet who cannot resist sweets (Asit Sen) or Ram Bharose (Rashid Khan), the conductor of the bus, who engages in idle conversation with Dr. Nirmal are lovable and believable. They add sparkle to the plot that otherwise runs the risk of becoming mundane.

Balraj Sahni’s acting skills are legendary and well-documented and therefore do not need any special mention. He is one of the finest actors in Indian cinema. His restrained performance in Anurdaha is exemplary. This is Leela Naidu’s debut but she delivers her role with so much conviction that you start believing in the trials and tribulations of Anuradha. What you see on the screen is not Naidu but Anuradha Roy – melancholic and desolate, pining for her lost love and struggling to deal with the loneliness unsuspectingly bestowed on her.

Ranu Mukherjee (playback singer Hemant Kumar’s daughter) plays Anuradha’s daughter. Mukherjee has shown glimpses of domestic life that lend authenticity to the narrative (like Anuradha tucking in a mosquito net around her child’s bed) or the sound of dogs howling late at night.

The film raises an important question. Should a woman sacrifice her career for her love? Will giving up on your dreams lead to happiness?

A complex film that manages to portray a marital relationship sensitively, Leela Naidu’s exquisite beauty and effervescent charm add immense value to the plot. Actresses like Nargis or Nutan could have enacted the role but then Anuradha would not have been the classic as it is touted to be today. Considering Nargis had done Lajwanti with Sahni and Nutan had done Sone Ki Chidiya and Seema with Sahni, the novelty value would have been lost.

Leela Naidu was unique – an intellectual woman who strayed into Bollywood for a brief while – blithe about the name, fame, and money associated with the film industry. Surprisingly, both Naidu and Sahni share great screen chemistry despite the fact that Naidu was just 20 years old and Sahni was much older than her.

Mukherjee had the knack of making extraordinary films about ordinary people and Anuradha is symbolic of his directorial ability and editorial panache. Dialogues are simple and devoid of any cinematic touches.

The ending may appear trite but if a woman really loves a man, she may just leave everything and follow him. The argument about home or career after a woman’s marriage is still considered relevant but there are so many illustrious personalities who have given up their flourishing career to make peace at home. Anuradha could have still continued her singing at home with a little encouragement from Dr. Nirmal who ought not to have taken his wife for granted. A woman’s marriage must not lead to the end of her career aspirations but then how many women are lucky to sail both the boats at the same time?

(After working in the corporate world for close to two decades, Bhagyalakshmi started her second career innings as a head-hunter. She is passionate about Hindi movies and loves retro music. When her family shifted to Chennai in the ’80s, Bhagya had a taste of Tamil cinema too. In the long term, she plans a book on two of her favorite directors – Guru Dutt and K Balachander. She travels across the country on work and is based in Mysore.)

Thanks for sharing this film review. I was in School in 1960 and had no time to spend watching movies.

I like the title of the movie for it relates to my belief in Hindu Astrology that names 27 stars or “Nakshatras”. The name “Anuradha” refers to ‘the disciple of divine spark’. Indian traditions attach personalities to various celestial objects including the Sun and Moon.
I have chosen the name Doom Dooma for I got married while serving in Doom Dooma, Tinsukia District, Assam. The marriage has predicted the “doom” of my medical career, the career that I rejected in July 1986.
I made the decision to leave my doctor’s career to keep the marriage that has given me two children named Ashwini, and Anuradha. I believe in the principle of predestination, a principle that does not sanction freewill to the man. People may think that I am making my own choice and have given up my options to pursue my doctor’s career. The predestination acts in a mystical manner. It alters the external circumstances forcing the man to choose a predetermined course of action.
Anuradha gave up her singing career to seek marital bliss in the company of a doctor. I gave up my doctor’s career to maintain a marital relationship. The choices are similar. But, I reconcile to the choice for I have no ability to change the external circumstances that compel me to change the direction of my life’s journey. 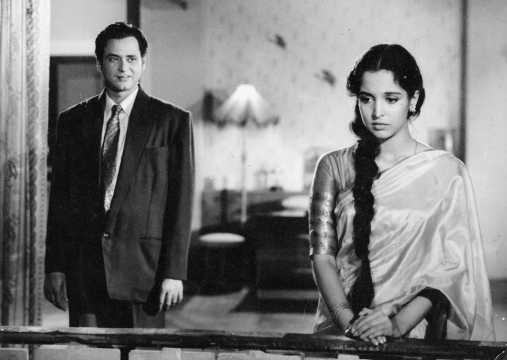