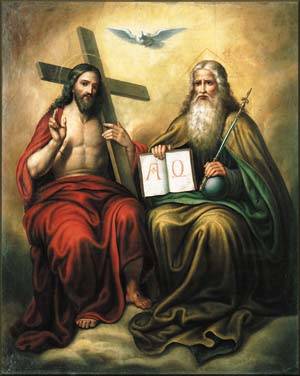 The Concept of Monotheism: “ONE AND ONLY ONE GOD”
The concept of Monotheism is fundamentally flawed. I understand that this concept originated in India and spread to other nations. Apart from members of ‘Arya Samaj’, Sikhs, and other followers of Vedic rituals, it gained more attention among the followers of Prophet Muhammad.
Firstly, the LORD God Creator has not endowed the ability to directly experience His existence. The human mental experiences of all kinds are conditioned by Fundamental Forces such as the Gravitation. Man has the ability to subjectively and objectively experience his own living condition and not that of God.
The speculative nature of the Theory of Monotheism becomes apparent when we verify the Theory by finding its correspondence to an external reality. You may search the entire physical world, you will not find the One and Only One God of your imagination. That God is an idea, a mere mental percept without any correspondence with an external Object. You cannot find One and Only One God in the ‘Transcendent’ Realm for man is conditioned. Man cannot cross the boundaries of the Physical or Immanent Realm. In fact, the One and Only One God of Jews, Christians, Muslims, Vedic Hindus, and Sikhs are not the same.
However, I want to make it clear that I admire the Bhagats and their traditions of Devotional Worship of God. The issue is not that of accepting or rejecting the Vedas or Gurbani.
The Man arrives in the world all alone. The Man departs from the world all alone. Bhagat Kabir communicates this problem of Individualistic Existence. The Man cannot hope to ride on the shoulders of his Guru, Master, or Teacher. The man who departs from this world has to reach his Final Destination using his own effort, actions, or “KARANI.” Even, the Guru has to reach his Final Destination using his own effort, actions, or “Karani.” No exceptions to this rule.

THE GODS OF MONOTHEISM

Monotheism is a term that was introduced in an effort to study religions. It is described as a religious belief that only one God exists. This belief in a single and transcendent God contrasts particularly with Polytheism which is described as a belief in many gods.

Such oversimplification may conceal the true identity of the Gods of Monotheism. Judaism, Christianity, and Islam are the principal Monotheistic religions. The demarcation between these faiths is very easy to determine and it is not so easy to establish their common ground. Dogmatic differences or differences in articles of faith must be explicitly recognized.

The identity of the Divine is not represented merely by the philosophical speculations about God’s essence but by the God whom men worship in all the acts of piety which comprise the rituals of religion.

If you consider the dogmas of religion; the articles of religious faith-based solely on divine revelation, you would conclude that the Gods of Monotheism live in different Heavens. There is no chance that the God of children of Israel, The Holy Trinity(Father, Jesus, the Holy Ghost/Spirit), and the God of Ishmael could coexist in the same transcendent or immanent realm.

The doctrinal differences are too many. There are very serious differences on matters such as salvation, the nature, and mission of the synagogue/church/masjid, the places of their worship, its rituals and sacraments.

The Monotheist concept of religious belief has not nurtured the concept of shared humanity that is united in religious brotherhood.

The desire to assert the dominion of the one and only true God has often lead to violence and intolerance. Historically, Monotheists have killed to gain theological as well as political dominance. The Gods of Monotheism have caused far more wars and conflicts than the many gods of Polytheism.

The adherence to an ABSOLUTIST thesis that only my God is God has resulted in a strict demand for intolerance of others holding different creeds. The Israelites practiced the worship of one God without denying the existence of other gods and the Torah also instructs them to act decently toward one another. The trinitarian creed of Christianity sets it apart from other religions.

The Islamic interpretation of Monotheism is more literal and uncompromising than that of any other religion in the world. ‘TAWHID’ or oneness of God is the foremost article of the Muslim faith. Muslim belief is based upon the unity of Allah and the prophethood of Muhammad. To bestow Allah’s indivisible reality upon another god is considered by Muslims to be a lie, and stands as the only sin which Allah will not forgive. The Holy Book of Quran mentions that to attribute divinity to a created entity is the only unpardonable sin.

The only point of agreement amongst Monotheistic religions is that of their hatred of idols. Polytheism is not an acceptable choice and it is considered as a form of Atheism. Idolatry ranks as perhaps the most common topic in the Bible and Quran.

The people of India are ridiculed and are scoffed at because of their conceptions of God as anthropomorphic. Indians are verbally assaulted every day by Christian Evangelists for worshiping inanimate objects and historically, Indians were punished for being patrons of idolatry.

In an effort to wipe out idolatry from India, numerous temples were destroyed and about 60 to 80 million people were killed between 1000 and 1525 CE.

Psalm 115, from The Old Testament Book of Psalms, illustrates the hatred of idols :

“But their idols are silver and gold,

made by the hands of men.

They have mouths, but cannot speak,

eyes, but they cannot see;

they have ears, but cannot hear,

noses but they cannot smell;

they have hands, but cannot feel,

feet, but they cannot walk,

nor can they utter a sound with their throats.

and so will all who trust in them…”

THE INDIAN CONCEPT OF GOD WORSHIP

The Vedic Scripture of Shukla Yajurveda in its final chapter of ‘ISA UPANISHAD’, verses 12-14 recommend the worship of the Divine in its Immanent(manifest, visible phenomenal forms) and it’s Transcendent( unmanifest, invisible, Absolute) forms.

A HYMN FOR INVOCATION OF PEACE

THAT( the Invisible ABSOLUTE) is WHOLE, WHOLE is THIS(the Immanent); what has come out of WHOLE(the Invisible) is also WHOLE( the Visible). When the WHOLE is taken out of the WHOLE, the WHOLE remains WHOLE(it remains unaltered).