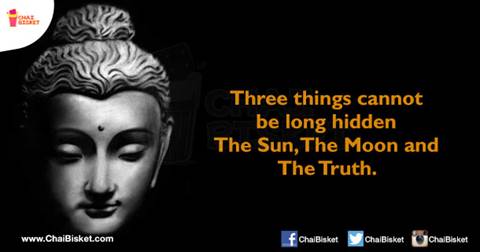 My Musings on Buddha Purnima. I am a Refugee. Who is my Refuge?

Buddha Purnima, is an auspicious day that marks the birth anniversary of Gautam Buddha, the founder of Buddhism. It is believed that this was also the day he attained enlightenment. Buddha Purnima falls on a full moon night, usually between April and May. This year it will be observed on Monday, May 16. Also known as Buddha Jayanti or Vaisakhi Buddha Purnima or Vesak, the festival of Buddha Purnima is based on the Asian lunisolar calendar. It is celebrated with great fervour in India, Sri Lanka, Nepal, Bhutan, Tibet and numerous other South East Asian countries including Thailand, China, Korea, Laos, Vietnam, Mongolia, Cambodia and Indonesia.

What is the difference between refuge and refugee?

On May 24, 1956, I was in Mylapore, Madras, Chennai, India. I went to the Indian Posts & Telegraphs Office on Kutchery Road to buy the First Day Cover issued in celebration of 2500th Buddha Jayanti.

On that Day, I was not aware that I would fail to see the brightness of the Full Moon on Monday, May 16, 2022. I see darkness. I see gloom. I learned the art of controlling my mind. I learned the art of self-discipline. Yet, I see the inevitability of doom, disaster, calamity, cataclysm, catastrophe, and apocalypse.

In my analysis, I am a person in need of Refuge, Shelter, or Protection. I performed my Life Journey under shadow, the darkness of secrecy seeking a false sense of security. I need to break the shackles of secrecy to declare that I am a Refugee. Who is my Refuge? To Whom, I should address my Petition?

Buddha Purnima or Buddha Jayanti is celebrated with great enthusiasm among the Buddhist community as it is one of their most important and sacred festivals. The festival also known as Vesak as it is observed on a full moon in the month Vaisakha, marks the birth of Buddha, the day of his enlightenment as well as the day he entered nirvana and left his human body form.

This year, Buddha Purnima falls on 16th May 2022 which is a Monday.

However, it should be noted that different Buddhist communities may celebrate Buddha Purnima on different dates provided there are two full moons in the month of May.

The significance of this day can be understood by the events it upholds. Legend has it that Buddha’s wife Yashodhara, his first disciple Ananda and the Bodhi tree, the holy place under which Buddha attained enlightenment were all born or created on this very day. It is also believed that on this day Gautam Buddha chose to preach his first sermon in Varanasi or Banaras in India.

By the evidence found in history, Gautam Buddha was born between sixth and fourth century BCE.

Buddha was a firm believer of Karuna (meaning compassion) and Ahimsa (meaning non-violence). He spent his life searching for peace and truth. He believed that the material pleasures held little significance in life, and dedicated his life to spirituality and religion.

Since Buddha was born in a Hindu family, the festival holds a lot of significance for the Hindu community. In Hinduism, Lord Buddha is believed to be the ninth avatar of Lord Vishnu. Therefore, Buddha Purnima is an auspicious day for devotees of Lord Vishnu and is observed with full fervor in India.

Buddha Purnima has a lot of astrological significance as well. Buddha was born with Cancer Ascendant and Moon in Libra, and with the Sun positioned in the mighty Mars. In His Horoscope, the Moon is also aspected by five planets-Sun, Jupiter, Venus, Mars, and Saturn, and these made Him mentally strong.

In Buddhism, it is believed that for you to be able to enjoy good health, bring happiness to your family, and enjoy peace in life, you must first master control over your mind. In Hinduism, devotees of Lord Ganesh practice a similar belief; that by gaining control over one’s mind, one can find the way to enlightenment. Astrologers believe that to gain control of your mind, you should strengthen the Moon in your horoscope.

How to Celebrate Buddha Purnima

If you want to achieve mental peace and bliss this Vesak, you should follow Buddha’s “Eightfold path”. It is the only true way to celebrate the festival.

According to Buddha, the Eightfold path included-

Having the Right View or Understanding, by knowing the truth,

Having the Right Intention, by freeing your mind of bad thoughts,

Having the Right Speech, which does not hurt others,

Having the Right Action, by working for the good of others,

Having the Right Livelihood, by maintaining an ethical standard in life,

Having the Right Effort, by resisting evil,

Having the Right Mindfulness, by practicing meditation,

Having the Right Concentration, by controlling your thoughts.

It is believed that by following this path, you can be free from your sufferings, bring harmony and peace, and even bring in more positivity and optimism in your life.

, following the Eightfold Path can help you release mental pressure and also boost confidence in your life.

Devotees celebrate the festival by serving others and feeding the hungry while they themselves keep a fast and do charitable work.

Lanterns are also a special part of the celebrations. Mostly seen in Sri Lanka and South Korea, people light colorful electric lanterns, which signifies happiness and enlightenment. Happiness is believed to be the result of the individual becoming more mindful in their life.