Photoperiodism is described as the behavioral or physiological reaction of an organism to changes of duration in daily, seasonal, or yearly periods of light and darkness. The changes in activities occur on daily basis as well as with a consistent pattern when the seasons change. For example, the Autumn or Fall season in the Northern Hemisphere includes the months of September, October, and November. Fall is the season of the year in which many trees change in their appearance; the color of their leaves changes and then trees lose their leaves. Autumn is the season that comes between Summer, and Winter seasons. In the astronomical year, the Fall season is the period between the Autumnal Equinox and the Winter Solstice. The characteristic of Fall is the beginning of decline in activities of several living organisms to prepare for subsequent changes expected to come in future. Daily periods of light and darkness determine to a great extent when seasonal activities occur. An important prerequisite to the response to light that occurs in Winter and Spring is exposure to short days or long nights in Autumn. This phase of the annual cycle is called the Preparatory Phase. This preparation is important for the subsequent response. Under experimental conditions it is shown that the failure to complete the Preparatory Phase will undermine the organism’s subsequent response to changes in the next phase. Hence, Autumn is a season of preparation for the arrival of Winter and Spring seasons. This preparation has the characteristics of planning, and designing the responses of organisms to forthcoming events in future. This ability to connect the activities of past, and present with activities that occur in future requires operation of an unchanging principle that is not influenced by changes of time. The colorful changes that we witness during  Autumn season would relate us to works of a WholeDesigner, a WholeArchitect, a WholePlanner, and a WholeArtist.

Equinox(aequus=Equal + nox=night) is the time when the Sun crosses the equator, making night and day of equal length in all parts of Earth.

Photoperiodism was first reported in 1920 when the flowering of certain plants was demonstrated to be controlled by the daily duration of light. The photoperiodic response of plants may actually depend on duration of the darkness. Some of the conspicuous activities of animals closely correlated with certain seasons of the year or with changes in day length are bird migration, reproduction and changes in coat and plumage. In most birds, mammals, and other vertebrates, breeding is seasonal. For species such as brook trout, deer, sheep, and goats breeding begins in Autumn. The light stimulates the release of special hormones from the brain which in turn stimulate the pituitary gland which secretes the hormones that function to control the growth of the reproductive organs. The length of the dark period and the ratio of light to darkness are important factors in determining the reproductive response. Practical applications of knowledge of photoperiodism are common in poultry management, for the length of daylight affects laying, sperm production, and bodyweight of the fowl.

The most conspicuous seasonal change in coat and plumage occurs in those mammals and birds that are white in Autumn and Winter and brown in Spring and Summer. 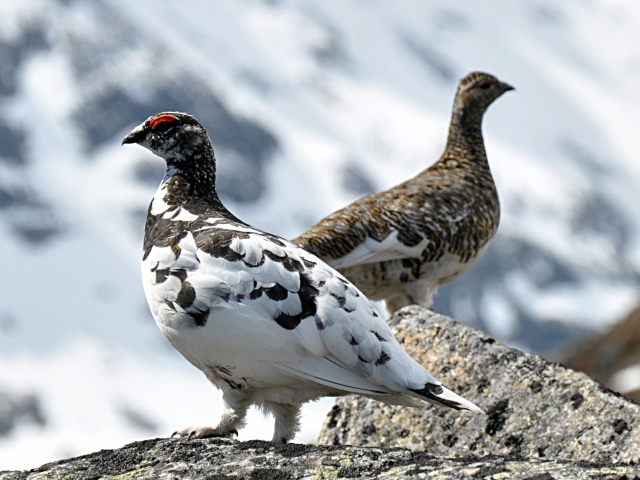 Organisms have synchronized their living functions to their rhythmic environments and have become periodic in diverse aspects of their physiology and behavior. Periodic biological phenomena fall into two distinct, different categories: 1. Those correlated with periodic changes of the planet or geophysical correlates, and 2. Those correlated to an internal timing mechanism often called the ‘Biological Clock’. The living things to some extent behave like ‘Living Clocks’; 1. A timing capacity geared to the rhythmic variations of the natural environment, the alternating periods of light and darkness called day and night, and 2. A timing capacity that operates in response to the flow of time as the planet Earth spins and moves without providing sensory stimuli of its motions. Timing information continuously flows in from the environment and no organism can exist under constant conditions of life. All life exists on planet Earth which exists in a constant state of motion as a member of the Solar System which also exists in a constant state of motion. The biological rhythm results in part as a direct response to the environment and in part as an indirect response via the complex clock-timed organization.

Biological Clocks time the Solar Day, the period of Earth’s spin or rotation relative to the Sun. While Earth spins or rotates, man experiences the illusion of Sun’s apparent motion across the path called Ecliptic and exists on the surface of Earth in a state of blissful ignorance of Earth’s Angular Speed, or Linear Velocity.The daily rhythm of about 24 hours’ duration makes it appear as though the organism is keeping track of each day and behaves as if it is a Living Clock. Light appears to be the dominant Phase Setter or Synchronizer of activity pattern during the 24-hour cycles. The 24-hour rhythms are called Solar Day, Circadian, Diel, Daily, Diurnal(day-active), and Night-Active rhythms. Plants show their daily rhythm in sleep movements such as the daytime raising and nighttime lowering of their leaves, and the timing of flowering activity. In man, the daily alternation of sleep and wakefulness is accompanied by many chemical and physiological changes that include the activities of the nervous, endocrine systems, and the liver and kidneys. Daily variations occur in body temperature, in heart and respiratory rates, and in blood pressure and composition of blood. There are daily variations in chemical syntheses and in cell divisions. Living systems display a timing capacity and behave as if they contain a highly dependable clock. The specialized properties of this clock suggest that it involves some unique biological mechanism indissociable from life itself.

I want to suggest that all natural phenomena require operation of an unchanging condition that gives opportunity to experience the change that is manifested. The change called Day and Night, and the changes called Autumn, Winter, Spring, and Summer Seasons are manifested because of an unchanging condition; the fact of Sun shining with its full brightness 24-hours, and at all times. The rhythmically recurring phenomena called biological rhythms operate under influence of an unchanging, vital, animating principle called Soul, or Spirit which is not influenced by time or external geophysical correlates.