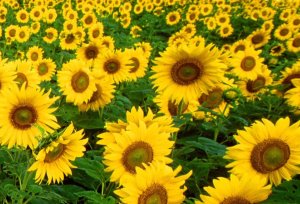 Sunflowers cannot bloom and thrive well when under shade or shadow.

Shadow gives us protection or shelter from external danger. In India, women before their marriage live under the shadow of their fathers. After marriage, women are expected to live under the shadow of their husbands. Indian Tradition demands that a married woman should be subjected to live under the influence or domination of her husband. Very often, women love to bask under the glory of the position, the status, and the power wielded by their husbands. But, living under shadow should not endanger the very existence of the individual who is seeking the protection. Indian traditions stood in the way of the Battle for Life in an unfortunate story which I had witnessed in 1978.Kindly read about the Battle of Life vs Death at my Home Page of BhavanaJagat, the blog post is titled “Living Under the Shadow – A Prescription for Death.”